Gorilla Tours invite tourists from different countries of the World. It grants you a chance to visit the shy endangered gorillas in the Jungles.

Gorillas are ranked to be exceptional among the top exciting attractions to visit in the World, by description these apes are ground dwelling herbivores apes which usually feed on coconuts, insects, young bamboo shoot and stem, tree leaves, sugar canes, fruits like mangoes, oranges, avocados and more.

Gorillas usually live in groups which are termed as Gorilla families comprising of female and male adults, juveniles and infants, each Gorilla family is usually led by a male old dominant Silver-back which is responsible for protecting its group members, looking for what to eat, guiding members while in the Jungle plus constructing of temporary grass thatched huts for shelter.

Usually on exciting Gorilla trekking Safaris, the main activity done is called Gorilla trekking which usually involve moving in a group following the permanently established routes heading to the Jungle in search of these shy endangered ground dwelling herbivores apes.

This activity is usually done in a group of eight people plus armed officers and park ranger guide assigned to each Gorilla family per day.

Before the journey to the Jungle for Gorilla Tours , a briefing is first conducted at the Park offices or starting point by park officials to highlight trekkers on how to behave while in the Jungle and in the presence of these apes.

After locating these apes in the Jungle, you are only allowed to be in their presence for only one hour while seeing them playing with young ones, feeding, laughing, moving around and more.

These apes are found in the African continent particularly in the Eastern and Central part of the African Continent in countries like Uganda, Rwanda and Democratic Republic of Congo. Below are some of our favorite packages. 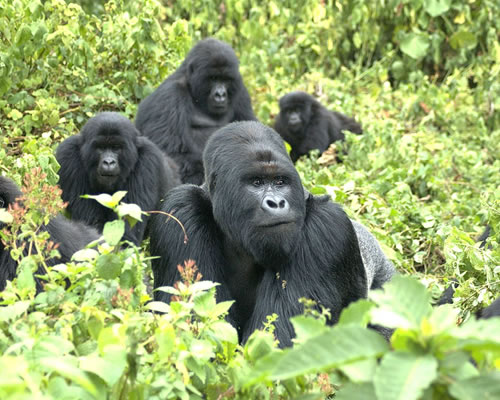 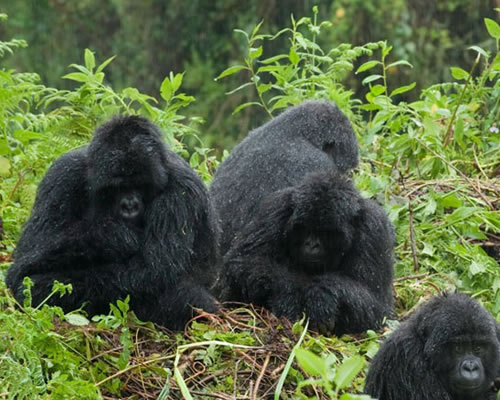 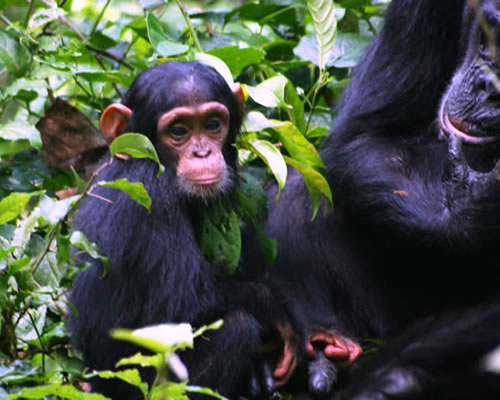 This Bwindi Gorilla Chimpanzee Safari takes you to two national parks where you will be able to trek.. 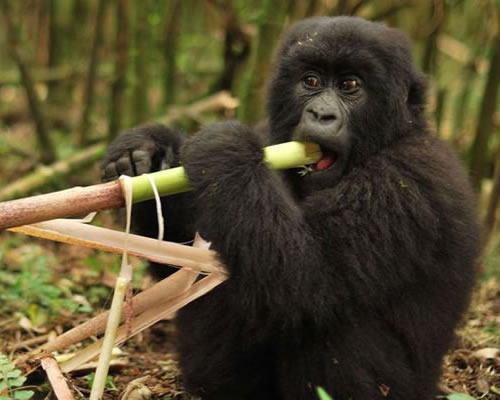 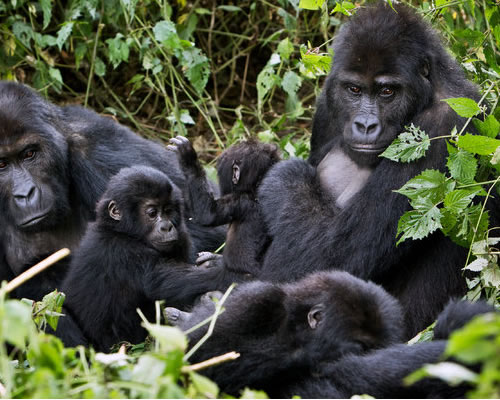 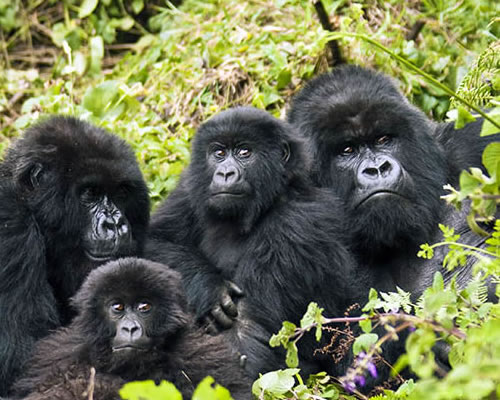 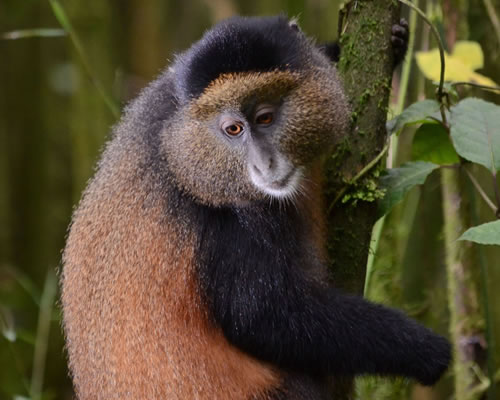 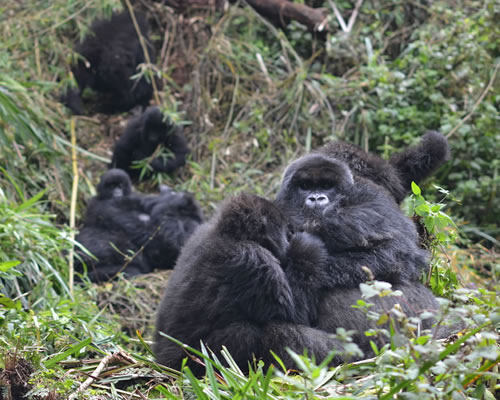 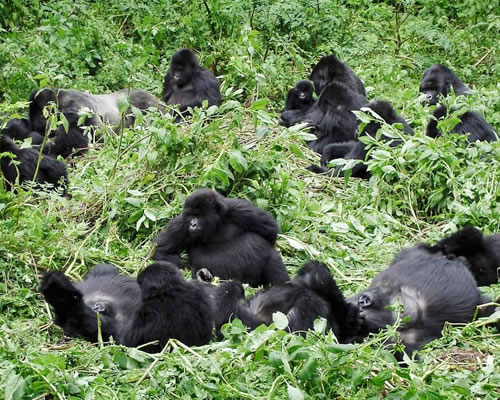 This package takes you to volcanoes National Park in the north Western part of Uganda to see..